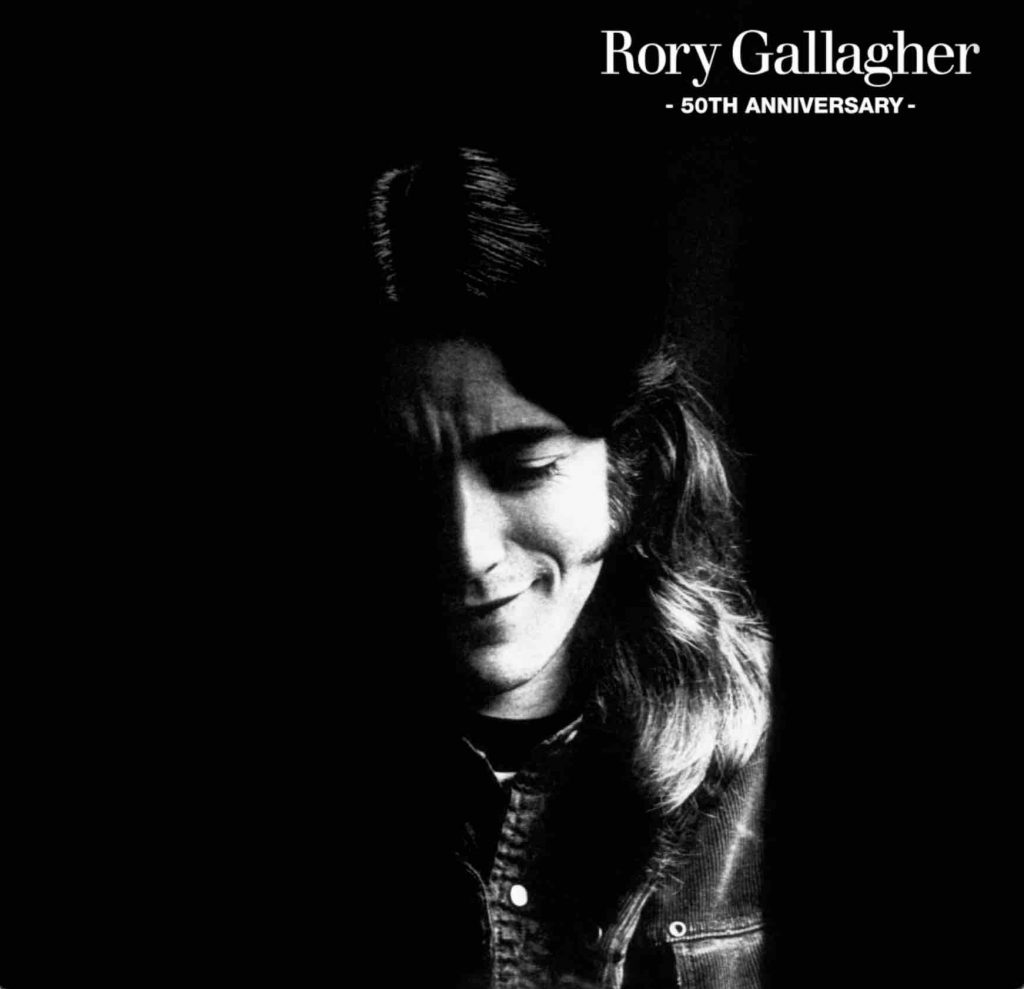 Notwithstanding the ardor of his followers, Rory Gallagher remains something of an unsung hero in the annals of contemporary blues-rock. Despite the fact his early band Taste opened for Cream at the seminal power trio’s final 1968 shows at the Royal Albert Hall, the Irish guitarist and songwriter had not by that point ascended to membership in the hierarchy of the era including Eric Clapton (of the aforementioned iconic three-piece), Jeff Beck and Jimmy Page. Even today, Gallagher resides in the shadow of the late Stevie Ray Vaughan, despite the fact the Texan was more of a stylist than an innovator and that Rory’s body of work, especially on his own, evinces a comparable intensity the likes of which permeates this solo debut.

A true statement purpose, Rory Gallagher (released 5/23/71) stands as a template for regular recordings and live concerts that would continue unabated from the time of this release til’ the iconoclastic musician’s untimely passing in 1995.  Staunch in his independent beliefs to the point of being stubborn, the man became the focal point of Taste over the course of its four-year lifetime, so it was perhaps inevitable a split would occur (though not necessarily in the wake of an otherwise fortuitous occasion like their galvanizing performance at the 1970 Isle of Wight festival). The maturity documented in this eponymous LP is hardly the work of a fledgling, perhaps the reason so seasoned an engineer as Eddie Offord sat at the boards after having filled a similar role for two albums for Taste (as well as Yes and ELP, among others).

Blues-derived to be sure but hardly imitative of genre style or structure, gritty originals such as “Laundromat,”  would become a standard entry in the live Gallagher repertoire. Meanwhile, such rough-hewn tunes reside handsomely next to quieter selections like “Just The Smile,” the acoustic-based likes of which Gallagher featured from the stage for the better part of his career.  Rory on saxophone for “Can’t Believe It’s True” and mandolin during “It’s You” (as well as various slide guitar interludes) round out the diverse arrangements that suit this earthy, eclectic mix of material, further ratifying the stance he proffers here as an individual artist who is strictly his own man.

Yet, the combustible nature of the original songs wouldn’t mean much without the consistently disciplined approach from the bandleader in tandem with bassist Gerry McAvoy and drummer/percussionist Wilgar Campbell (and on “Wave Myself Goodbye” plus “I’m Not Surprised,” the piano of Atomic Rooster’s Vincent Crane). Often lethal in its intensity, the musicianship here is as astute as the choice of tunes, which, on at least some of the various reissues of the title over the years (including two near-identical ones from 1999 and 2011 respectively), feature covers from Rory Gallagher’s own heroes: Muddy Waters’ “Gypsy Woman” by and by Otis Rush’s “It Takes Time” would both stand of a piece with the ten cuts that comprise the formal offering, but doubtlessly the feisty native of Cork’s deliberate intent to issue a declaration of personal artistry precluded their inclusion.

Suffice it to say, however, that, in its original form or otherwise, Rory Gallagher says all that needs to be said about the validity of the man’s longstanding devotion to his work. The steadfast and purposeful means by which he conducted himself for the quarter-century to follow still rings true, loud and clear as ever, five decades later.