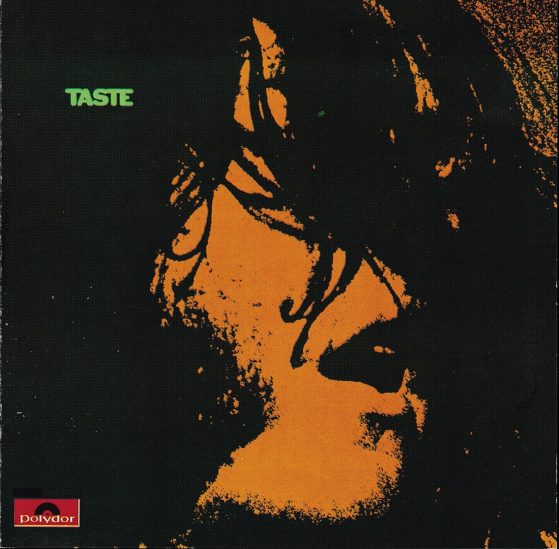 Taste’s self-titled Polydor debut was recorded at London’s De Lane Lea studios with producer Tony Colton, later to produce Yes and serve as the lead singer in Heads, Hands & Feet. Listening to the album’s self-assurance today, it’s hard to believe that Gallagher was just 20 years old. The opener Blister On The Moon with its slashing chords and throbbing riff is a proto-heavy metal classic that stands as one of Taste’s finest moments. Lead Belly’s Leavin’ Blues is a showcase for Gallagher’s bottleneck prowess and instrumental versatility that ventures into prog-rock territory. The self-penned Sugar Mama is a blues-drenched monster that creates a dynamic contrast with the soulful acoustic strains that follow on Hail.

Born on the Wrong Side of Time juxtaposes melodic hard rock riffing and acoustic-folk accents. Same Old Story and Dual Carriageway Pain illustrate the band’s potent ability to marry blues power to rock’n’roll energy. Catfish is a blues standard that at eight minutes long provides ample opportunity to stretch out and create a monster jam that became a staple of the band’s live show. The album ends with I’m Moving On a stripped down country-blues cover of Hank Snow’s 1950 chart-topper that was also covered by Ray Charles and the Rolling Stones.

Reviews were somewhat mixed upon the album’s release in April 1969. “What they lack in style they make up in energy and enthusiasm,” Melody Maker declared.  The NME felt the enthusiasm “tends to be overbearing…but there’s some goodness there as well.” But the album made the top ten in Holland and went down particularly well across Europe, where Taste swiftly became established headliners.